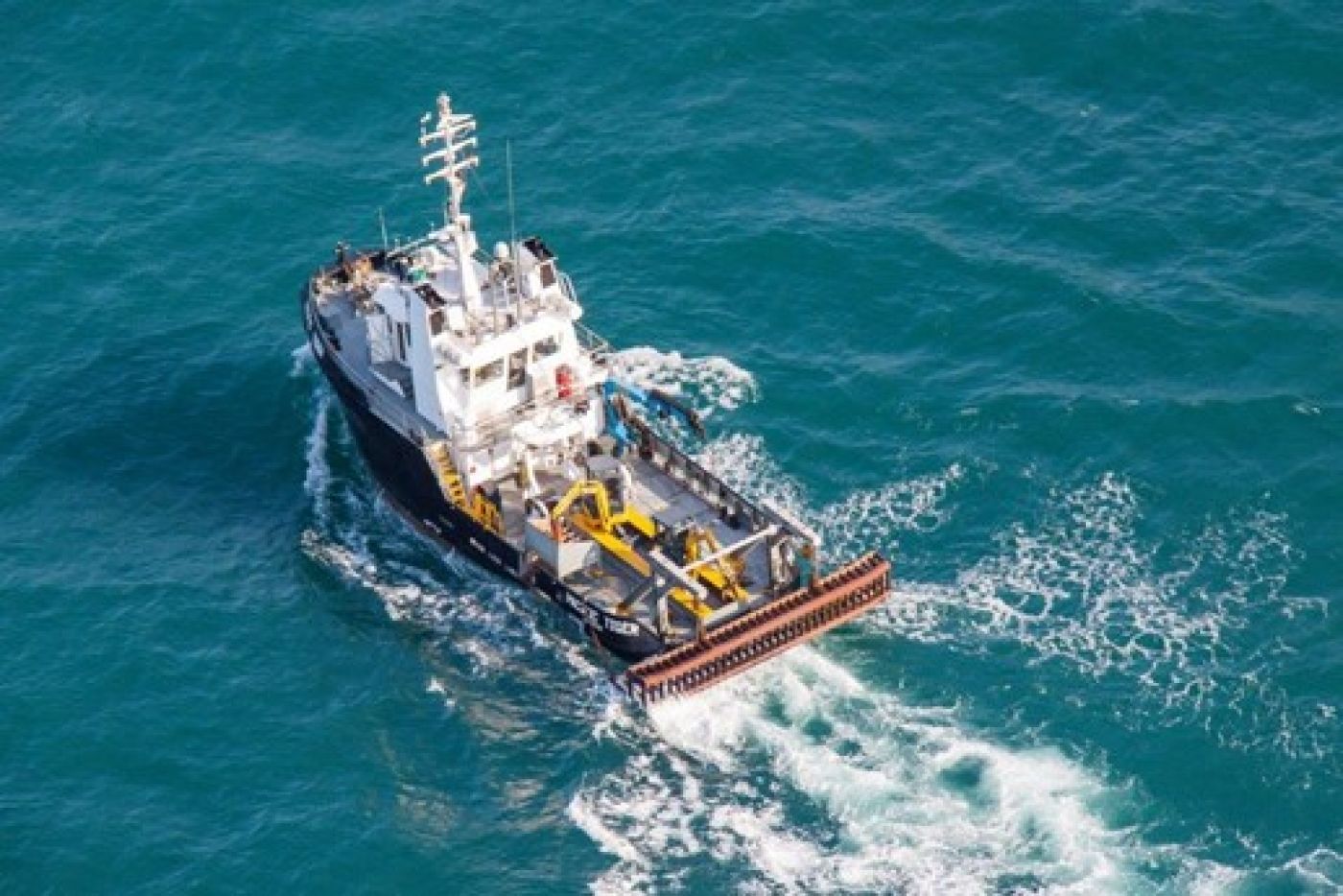 Fodico Marine Group has long been recognised for its expertise in sea-bed profiling, and is the East Coast’s biggest operator in the specialty. An additional string to the sea-bed bow came in the aftermath to the 2011 cyclones when masses of debris fouled the berth pockets of several ports. The debris included enormous haul pack size tyres used for fendering, and other items for which no suitable retrieval system existed. It had to be removed before dredging could begin.

To deal with this new problem Hydro-Tow designed and constructed specialized sub-sea debris removal gear and rigged it on vessels already equipped with dedicated sonar. Apart from the engineering work involved in creating the equipment, Hydro-Tow’s sophisticated sonar equipment and the long experience of their operators allowed every item to be located and plucked from the bottom.

This success influenced the choice of Hydro-Tow as the contractors for a unique remedial dredging operation in North Queensland. It required a great deal of engineering innovation and a vast amount of technical expertise.

The original dredging was carried out by a different contractor, and it involved the removal of a considerable quantity of rock. Specifications required that rock of certain dimension be reprocessed or removed from the spoil ground. The challenge for Hydro-Tow was to collect these larger rocks, break them down to size and redistribute them. The work has taken two seasons, so far, the preparations a significant additional time.

The plan was for the collection of the rocks into windrows, to be later picked up and processed. Hydro-Tow constructed a sorting rake that would collect only the oversized rocks and deployed it from an A-frame on the stern of “Pacific Tiger”, a tug of only 22 metres measured length. A subtlety of the rake was the ability to spill and drop the rocks to order. The plan went perfectly, a credit to the planning and design.

The processing operation required more modifications to “Pacific Tiger”. Hydro-Tow laid enclosing rails on the after deck for two tracked three-tonne excavators; enclosed in the sense that they prevented any possibility of the excavators capsizing. These could track fore and aft but lateral movement was limited to slewing.

The rake, when full, would be hauled; the after excavator then plucked the rocks from the rake and dumped them into a bin on deck. The forward excavator, fitted with a rock breaking attachment, attacked the rocks and reduced them to screened size. With a full load of sized rocks on board, “Pacific Tiger” would then spread them over the spoil ground.

The vessel keeps records of sonar sweeps to keep the client in touch with progress. 3,500 rocks so far have been processed and spread over the spoil ground.  This is a unique operation, conceived from scratch and executed by possibly the only operator with the confidence and capability to carry it out.